What began in the 1970s continued apace in the 1980s, as the "mini bob" little plastic toboggan became ever more popular.

More and more major specialist sports shops and wholesalers recognised the potential of the little plastic toboggan. Children in particular discovered the joy of tobogganing on the mini bob – a reinterpretation of the coal shovel. Yet an ever-growing number of adults, too, found out how much fun it was to ride the mini bob. The supremely simple technique for using the mini bob meant that people were hooked immediately – as they still are today. Push the control stick and lean your bodyweight in the desired direction and it eats up the bends. Pull the control stick towards you and it immediately starts braking. This simplicity in a winter sport was revolutionary, offering something that anyone could master straight away.

In addition to the classic colours of red, yellow and blue (which have been offered since the first production run), the mini bob was also available for a limited period in neon green, neon pink and neon yellow – fashionable colours at the time.

Thanks to its unique shape, the mini bob quickly took on the pet name "Zipflbob"/"Zipfelbob" in the Alpine region ("Zipfel" is a German word meaning "tip", as well as the name of a type of sausage). 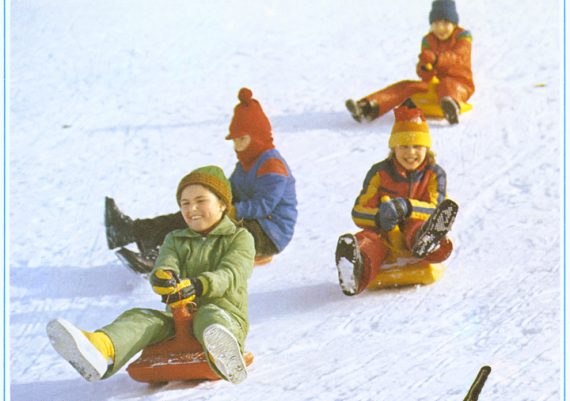 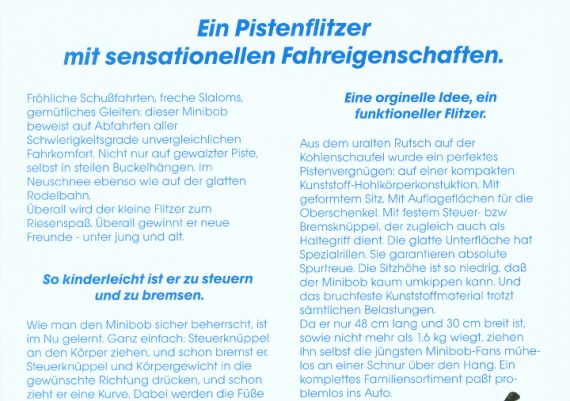 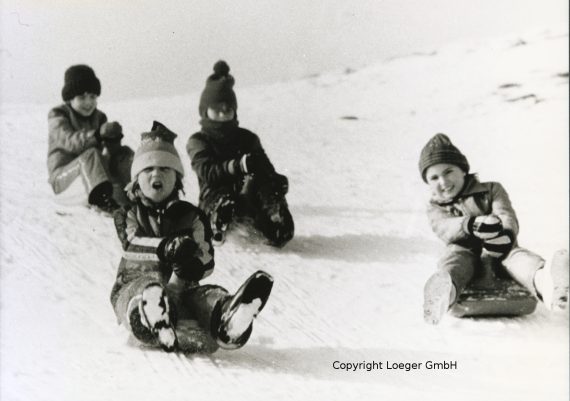